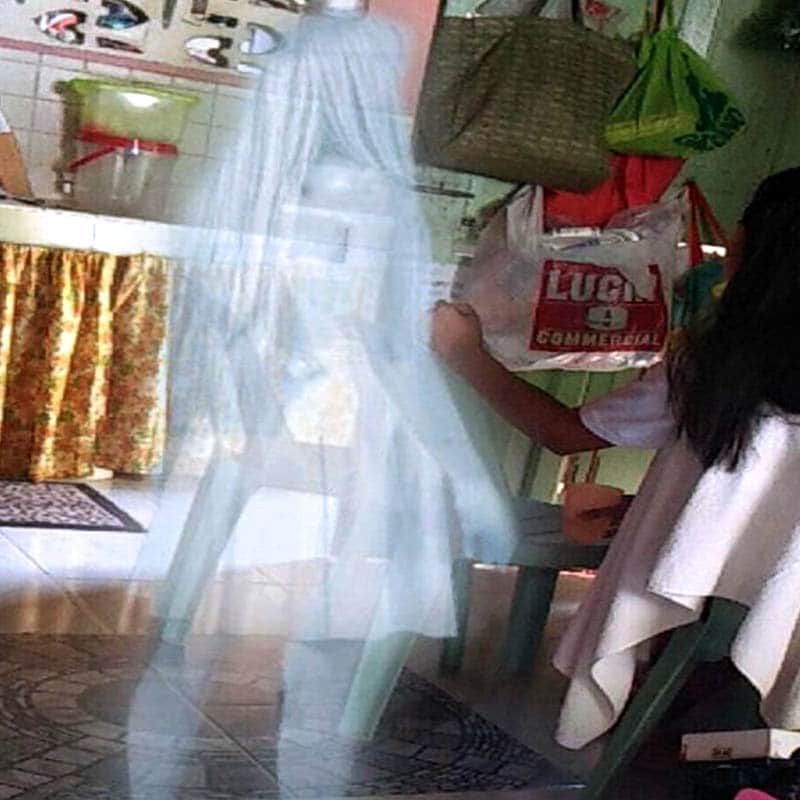 11 Scariest Filipino Mythical Creatures to Look Out For

The Philippines is home to many beautiful things – marine animals, the most extravagant and bio-diverse coral reefs, scenic sandy beaches, and impressive mountain regions – but did you know that it’s also home to the craziest Filipino mythical creatures? As diverse and regional as the Philippines is, it’s no surprise that Filipino monsters are just as varied in their characteristics and, er, their appetites.

Both captivating and frightening, these Philippine monsters list might keep you up at night or capture your imagination and have you digging for more of their fascinating stories. Without further adieu! Here are the top 11 Mythical creature Filipino you will hear while visiting the islands.

Described as a hulking half-man, half-horse that towers over mortal creatures, with broad, muscular shoulders and a majestic horse’s head, the Tikbalang is an elemental god frightening, intimidating, and imperial.

Found in the Philippines’ far-flung mountains, he watches over his domain like a guardian and looks over anyone who enters. As stories go, the Tikbalang is a mischievous god and can trick you into losing your way in the forest, trapping you forever by making you walk around endlessly in circles.

They said that the secret to lifting the magic of the Tikbalang is by taking your shirt and turning it inside out. Only then will you be able to see the forest as it is and maybe find your way home.

The Tiyanak is a man-eating earthly creature that preys on human flesh and blood. This Filipino monster lurks in the darkness, luring unwary travellers away from safety by taking the form of an infant child and crying like one too. As the kindhearted soul goes deeper and deeper into the forest looking for the lost baby, the tiyanak will strike and eat its prey.

As Filipino mythical creatures go, the tiyanak is genuinely frightening because who can ignore an infant’s cries?

The Sigbin is a unique entry in Filipino mythical creatures. While it is considered a supernatural entity, it’s often believed that some Filipino families keep the Sigbin as a pet.

The Sigbin is a dog-like creature that is visible only to its owner. It eats any raw meat, preferably bloody and freshly slaughtered. When you keep a sigbin as a pet, it will be your silent guardian. It will protect you from danger, bring good luck, and will even let you ride it though you will only appear to be walking briskly to other people.

However, let a sigbin starve, and it will not just turn on you; it will savage and eat your entire family as well.

The Kapre, like the Tikbalang, is less of a monster and more of a deity that watches over locals and farm animals. They are unusually tall and muscular, with dark skin and hairy chests, but they can also take the form of beautiful, inviting men if they want to seduce people into following them.

They said that the kapre, like many Filipino mythical creatures, can play tricks on a person’s mind. If someone suddenly forgets where they are or gets strangely confused, people say that this could be the work of a kapre working its magic.

The Multo is the Filipino iteration of a ghost that comes back to life as an ethereal spirit.

As the University of Santo Tomas, some Philippines’ places are infamous for its numerous multo sightings. It is no surprise as UST is the country’s oldest university and used during WWII as an internment camp.

The Diwata in Filipino mythical creatures is a pre-Spanish Colonial mythology, a dryad-like spirit that is surprisingly similar to fairy legends of other countries. Much like famous fairy legends, the diwata can take on beautiful and attractive human forms and often invite people to go back to “where they live” and never be seen again in the outside world.

The similarities between Diwata and fairies (also known as Encantada or Seelie) between so many different cultures suggests that there may be more truth to these creatures than we care to admit.

Filipino mythical creatures also have the Duwende, the local equivalent of dwarves. But unlike in Snow White, they’re a lot more fickle, playing nasty tricks on the people they don’t like and showering gifts on those that they do like.

Beware of the Duwende‘s gifts. Even among Filipino monsters, they are notorious for being very jealous and quite vicious in their anger. They are known to suddenly go from being extravagantly generous to become mean and spiteful all in a split second!

The Mangkukulam is not one of the Filipino mythical creatures. Instead, they are the witch doctors, known to practice either evil magic or good magic. The problem is, there’s no way to tell the difference.

While most Filipinos will tell you that they don’t believe in the mangkukulam, some strange practices still prevail. For example, passengers will always buy food from the same food stalls as bus drivers when travelling by bus. That’s because bus drivers know which places to avoid, areas that are supposedly cursed by the local mangkukulam.

The next time you find yourself travelling on a bus across the Philippines, do as the locals do and take the bus driver’s lead when buying food and snacks.

It’s so strange to imagine a version of the White Lady in almost every culture in the world. She is the ghost of a wronged woman, appearing in white, haunting those who hurt her, and waiting to exact her revenge.

In Filipino folklore, it is the White Lady. In other stories, it is the Weeping Woman, the Kuchisake-onna in Japan, and La Llorona in Mexico, to name a few.

As Filipino monsters go, the White Lady is one of the scariest because of her unquenchable thirst for violence and righteous fury. There could be more truth to this myth with the similarities between all the Wronged Woman ghosts in the world than we know.

The Manananggal, often confused with the Wakwak and the Aswang (mostly because they all feed on human flesh), is one of the most popular Filipino mythical creatures globally. After all, it’s not easy to forget a monster that severs its own body in half, leaving the lower half behind as the upper torso sprouts wings and flies of to prey on newborn infants.

The secret to defeating the manananggal is effortless in theory and incredibly difficult in practice. All you have to do is sprinkle salt on the lower torso the creature has left behind – but you have to find it first.

The Aswang is the Queen B of Filipino monsters because of how powerful it is. It has evil, shapeshifting powers similar to that of Dracula himself, and it thrives in eating human flesh – both raw and cooked.

The next time you visit the Philippines, especially the haunted island of Siquijor, make sure that you are thoroughly well versed in these Filipino monsters and Filipino mythical creatures. That way, if you ever find yourself hearing an infant’s cries in the middle of the night, you will know not to go chasing after it! And if you ever run into a Tikbalang or a Kapre, always remember that it pays to be polite and that wishes, while granted, will always have a price. Tabi-tabi po!!!

Please check out Barok and Takya Blog for more of their posts if you like more of this content. If you want a similar topic on this, please listen to Barok and Takya Bisaya Podcast Episode: Pinoy Halloween Special 2019. You can hear their Cebuano language podcast by downloading the apps of your choice like Podbean, Google Podcasts, Apple Podcasts, and Spotify. Check out these great episodes: Filipino You Indeed and Pinoy Fiesta. You could also check out their Youtube Channel Bisaya Podcast for more of their content, and please don’t forget to SUBSCRIBE to their channel. Daghan Salamat Bayan sa pagpaminaw sa Barok and Takya Bisaya Podcast, ang the best Pinoy podcast on Spotify in Cebuano language!!!

What are the Creepiest Filipino Mythical Creatures

Check out our Blog:

Why listen to a Bisaya Podcast? Who is Barok and Takya?

Celebrating All Souls Day in the Philippines

The Filipino Obsession with Whiteness: Why Filipinos are so Thrilled to be White